Bot, or Not: Should Chatbots Pretend to Be Humans? 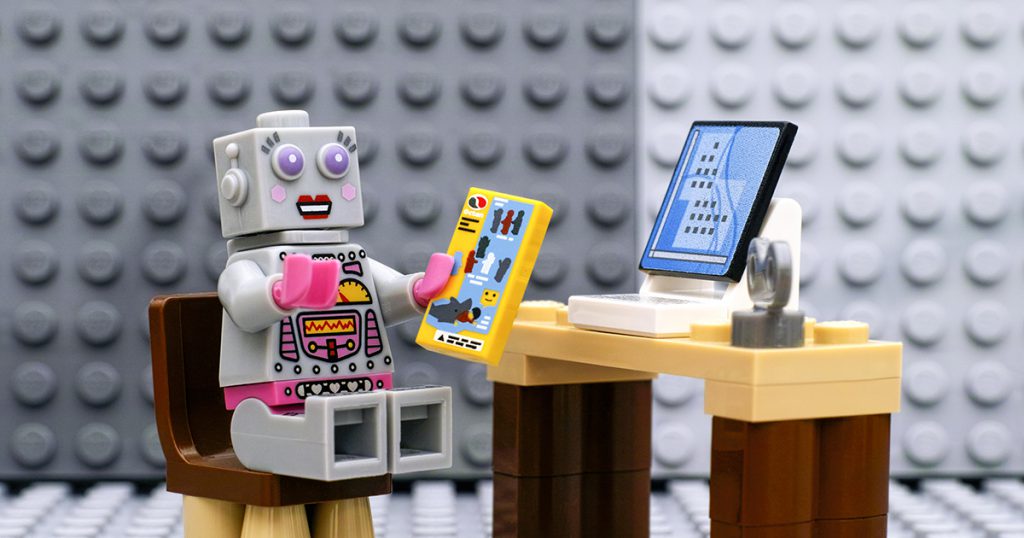 In 1950, computer scientist and mathematician Alan Turing developed his Turing test, and the race to build a machine that can flawlessly mimic a human conversation began. Multiple computers have passed the test through the years, and as technology continues to advance, it will get more and more difficult to identify whether we’re interacting with artificial intelligence or the real thing.

But when it comes to customer service chatbots, the real test isn’t whether they can pretend to be humans—it’s whether they should.

That might sound like a complicated question with valid arguments for both sides, but it’s actually surprisingly simple. Almost every CX expert agrees: You should always be honest with your customers about whether they’re interacting with a bot, or not.

No Transparency, No Trust

In a study of thousands of individuals, CEB found that transparency is ranked as the highest priority for consumers, and has the largest impact on loyalty. Trying to pass off a chatbot as a human agent—no matter how well-intentioned—can damage the customer relationships you’ve worked so hard to build.

As Beyond Philosophy’s Michael Lowenstein puts it, “If organizations are not transparent about how and where chatbots are being used with customers, and that the chatbots are offering responses only as programmed, trust could be very seriously impaired, even destroyed.”

Know (and Show) Your Limits

Being upfront about your chatbot also means you can be upfront about its limitations, and avoid frustrating customers who inadvertently violate them. Bots are designed to do a few things very well, and can quickly get lost when asked to stray too far from that wheelhouse.

For example, Dutch airline KLM’s emoji-led chatbot will definitely give you some strange results if you confuse it with GE’s Dot the Bot, who uses emoji as clues in its science quiz game. But both companies tell you you’re talking to a bot and clearly explain what it can and can’t do, so users know exactly what to expect. 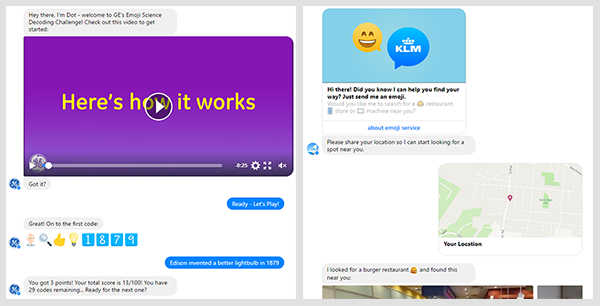 Siri, Alexa, and other voice-driven virtual assistants have made consumers more comfortable with AI interactions, and helped them understand what bots are capable of. When they know they’re talking to a computer instead of a human, they will naturally adjust, creating a smoother experience.

Bots Are Supposed to Be Different Than Humans

To put it frankly, bots are supposed to be better than humans, at least when it comes to specific tasks. While humans can understand complex requests and non-standard language more easily, bots can crawl through thousands of knowledgebase entries, documents, and webpages exponentially faster.

But if you’re trying to make your bot appear more human, does it have to work more slowly (or at least seem like it is)? Remember that almost three-fourths of U.S. adults told Forrester that valuing their time is the most important thing a company can do to provide them with good service. While you could add in tricks like purposeful delays or typing indicator dots, wouldn’t it be better to let your customers enjoy the benefits of advanced technology?

Just like kids who are more comfortable reading to dogs instead of adults, people can be more likely to open up to a bot than a human. Recognizing that inclination, UNICEF developed U-Report. The chatbot lets children in developing countries—where they are often culturally trained not to speak out—report issues in their communities.

Similarly, consumers may be more inclined to open up about a bad experience if they know they’re interacting with a machine instead of a live agent. Customer strategist Esteban Kolsky found that only one out of 26 unhappy customers complain, while the rest just silently switch to another brand.

Bots that use natural language processing (NLP) can detect sentiment and emotion, and alert you to trending complaints so you can proactively address them. In addition, bots can be programmed to automatically escalate customers who express frustration or anger, giving you the opportunity to remedy an issue you wouldn’t otherwise be aware of.

Of course, nothing is black and white, and a slight case can be made for letting consumers believe the illusion. Did you hear about Microsoft’s experiment, Tay? You know, the Twitter chatbot that learned from interactions so well that it became a “racist, sexist, Holocaust-denying” shell of itself in less than a day. 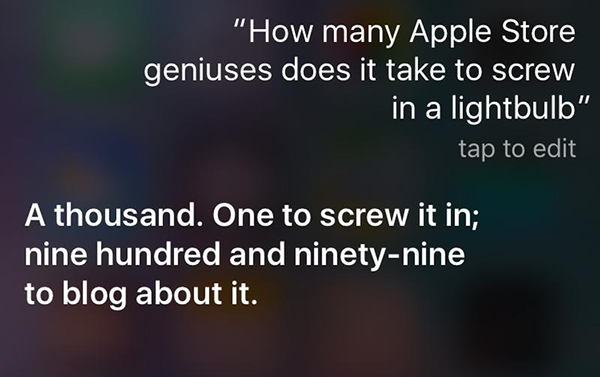 That’s an extreme example, obviously, and most chatbots won’t become the target of internet trolls like poor Tay, but think of all the ridiculous questions you asked when you first started talking to Siri or Alexa. Your customers may be tempted to do the same—unless they don’t realize they’re interacting with a bot.

Chatbots Should Be Human-Like

Whether you decide to ‘fess up to using a bot, or not, it should have a personality. It can be over-the-top to fit a character you’ve developed, or subtle to more closely mimic a human, as long as you follow these guidelines:

Astute develops chatbots that slot effortlessly into your existing website, app, or messenger. We use leading-edge technologies like artificial narrow intelligence (ANI) and natural language processing (NLP) to build bots that understand the intent of a customer’s question, determine the best source to resolve the question, and return a device-optimized, personalized response that feels friendly and conversational. And when an interaction gets too complicated, our bots can seamlessly escalate to a live agent. Learn more about Astute Bot and request a demo.